We would like sport mega-events to leave lasting legacies in the communities than host them. Unfortunately, that is not always the case. The hosting city hopes to have tangible legacies, such as increased tourism; intangible ones, such as national pride; and affect the community's education, infrastructure, and activity levels.

There is little evidence of prolonged increases in participation due to hosting mega-events. However, there is hope for cities to still impact the activity levels of their citizens when hosting sporting mega-events if the government 1) engages the community, 2) develops long-lasting strategies, and 3) coordinates efforts with stakeholders.

Thank you for submitting your questions to your academic coaches:

They compiled them for me and here is the summary of the need to know.

Check out this video for more detailed information =D

Check out the form below. It is anonymous. so I will not know who said what, but you are still a person (and my student), and I am still a person (and your professor, who has your best interest at heart and is trying extra hard to give you the best college or graduate experience possible). Thus, I expect you not to take this anonymity as an excuse to be a jerk (OK?). I still expect the utmost professionalism and respect from you, and kindly worded feedback.

Here is the survey:

Hello, A-State Sport Management and Sport Admin students! Check out this list of amazing internships available at the time of the writing of this post (Summer 2021):

As you probably remember from your comps and/or thesis, the sport management content covered in each class does not operate in a vacuum from the content covered in the other courses. My suggestion for guiding you to the course material for each of the internships above is to direct you to the main source of content that will help you prepare your application materials, but this will not be the only source by any means. Always think of your degree globally and try to keep in mind the many ways in which it overlaps in the many sport industry segments.
*****
More recently, it has been brought to my attention, that students have had some difficulty getting placement after covid close-downs. I spent some time talking to people and decided to post some evergreen internship placement information below. As always, the internship information hub for face-to-face graduate and undergraduate students is on the HPESS internship site run by Dr. Amanda Wheeler Gryffin. Likewise, the information for the online M. S. Sport Administration online program can be found in the M.S. Sport Administration-Online Blackboard Organization run by Dr. David LaVetter. These are helpful suggestions to help students in their search for placement.
1. Jonesboro Country Club
2. No Regrets Fitness Studio
3. Red Wolf Wellness
4. Last, but not least! 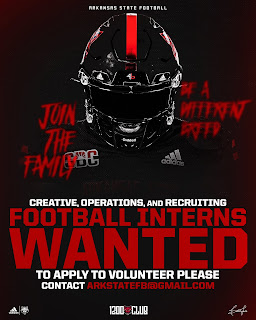 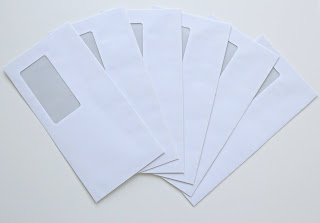 I am pleased to announce I have revised my recommendation letter policy. If you need a recommendation letter please fill out ***this form*** and email me at cbenavides@astate.edu to let me know you have done so. I will send out a letter or PDF to the official company or school address or email you provide within the form. Please note I will use your indicated pronouns, job title (school program), company name (school name), recipient information, and all other information exactly as listed, punctuated, and capitalized in the form; so please double and triple check all the information you provide. Once the letter has been sent out I will send you an email to inform you. I still do not send generic letters directly to students, so have all the information handy and fill out the form below when you are ready.

Here are a few things you may want to reflect on and look up before you fill out the form. 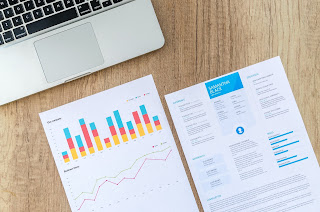 As promised, once you turned in your SWOT analysis we are going to focus on the marketing plan assignment. One thing at a time, right? Here are the major components of the marketing plan and the rubric that will be used to grade it. This is presented here as an outline for your convenience, but for your assignment, you are to present it as a narrative. Ultimately you are gathering evidence to speak of a plan that integrates all elements of the marketing mix (product, price, promotion, people, processes or places)
All this previous information should lead you to create a cohesive plan for integrating all elements of the marketing mix. Describe how you are doing so.
5. Marketing mix
Click here for the grading rubric.
Posted by claudia at 2:06 PM 10 comments:

Having trouble finding articles for my courses? Follow these easy steps.
I hope this helps you and reduce some of your anxiety and frustration operating the library website. Remember the coaches or myself do not control the library. This activity is built into my courses so you practice and struggle less when you take your comps exam. If you have feedback about the library they will be happy to hear it, and if you have feedback about the class you can relay it to the coaches. Please do so in a professional and helpful manner. We are all here to help you and be assured we want to do so! <><
Here is a step by step video
Updated video including the articles for week 6 in the Sport marketing course
Posted by claudia at 5:23 PM 8 comments:

This study offers a systematic qualitative review about organizational antecedents of non-accidental violence in sport. The authors seek to understand harmful interactions between individuals and examine participants' interpretations of their experiences. A qualitative systematic review allows synthesizing information, reexamining, and comparing findings from multiple studies. It also enables critical systematic reflection of non-accidental violence from an organizational perspective.

The authors reviewed 43 publications selected using the PRISMA framework. The results show that structural factors and motivational factors contribute to non-accidental violence in sport. Specifically, organizational tolerance, conformity to values, power imbalance, and instrumental beliefs are most conducive to psychological abuse. For instance, some coaches and even athletes use instrumental beliefs to drive performance, avoid failure, and keep interpersonal control. Tolerance and conformity to values coupled with instrumental beliefs and winner-takes-all are accessories to physical abuse. For example, some athletes use physical abuse on the field to undermine their competitors. Finally, sexual abuse is more likely when there is tolerance, power imbalance, and isolation, either physical or psychological.
This blog post presents a brief summary of the article's key findings as an introduction to the topic. There is valuable information to be gleaned from reading the entire article. Graduate students are responsible for finding the article, interpreting the content, and discussing its content as it pertains to the course assignment(s) so they can make individual progress towards the course's assessment standards. The skills gained from completing these activities are helpful during the course, in preparing for comprehensive examinations at the end of the program, and post-graduation. There is a presentation in the video below by Marquis that you may also find helpful.

This video shows A-State MS Sport Administration Online students how to navigate the MS Sport Administration Online Organization shell on blackboard so they can turn in their comprehensive exam application as well as their internship application when they are eligible.  The shell also has important program information, so the more familiar you are with it the better! Contact the program/internship coordinator, Dr. LaVetter (lavetter@astate.edu) if you have questions.
Note that this process is not the same for BS Sport Management students or for MS Sport Administration students on campus, who have to contact Dr. Wheeler-Gryffin (awheeler@astate.edu) and visit the HPESS website for their internship information and Dr. Brian Church (bchurch@astate.edu) to register for comps. Check out these sample answers with feedback and por tips to help you formulate possible answers to some of your comps questions. These are intended as examples only, do not copy these answers word by word because you will be flagged for plagiarism. They should be used as inspiration and to help guide you in creating original answers =D

claudia
Welcome to ClaudiaBAmbs.com If you are a current student, I hope you find this material complimentary to my courses and/or advising, if you are a former student/professional I hope this distilled material is of use to you as well. Cheers!